After years of hemming and hawing, I finally sat down and wrote a letter to my surgeon. I am sealing the envelope tonight and mailing it off tomorrow! I don’t know if he will respond or if he will even see it, but it is a thank you that needed to be said. 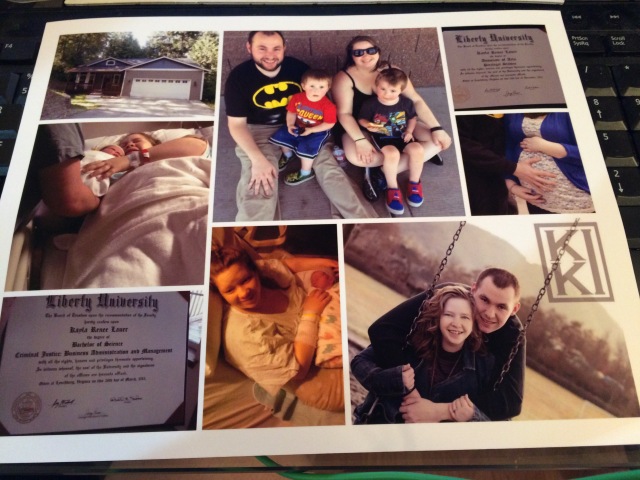 You might not remember me, but I was a patient of yours in 2010-2011. I was referred to you after months of battling a flair like I had never experienced before. I was a 20-year-old kid who felt alone and lost in this giant world, without so much as a road map to guide me.

I remember our first visit in waves; never in full focus or with much clarity. You wanted to perform surgery and give me a temporary ostomy. I was scared–but not of dying–at least I don’t think. I was scared of what happened if I survived. I know that probably sounds crazy, but it’s as close to the truth as I can surmise.

To this day I don’t know what compelled you, but you offered your surgery pro-bono. You saved my life. I’ll be honest though, I hated every minute of that bag. I remember feeling powerless. I remember the bag leaks and the shame l felt, like it was yesterday. You were true to your word though, and it was temporary. So temporary in fact, that I never truly got to appreciate what that first surgery meant. I was so focused on what I had lost, what was taken from me, that I never stopped to think about what I had gained: faith. Faith not in God but in science and in humanity.

I have spent the last six years trying to write this letter to you. I think I have never felt worthy, like the things I have accomplished were not enough to make you proud or happy that you went through all the effort. I might not ever be the model patient, or save the world, but for the first time in my life I am proud of me and I have you to thank for that. I have you to thank for everything. They say a picture is worth a thousand words, so I have included some pictures of the things that I am proud of. Things I was only able to do and achieve because of you.

After surgery, I re-connected with a boy I knew in second grade. A boy I fell in love with and married. That deep-in-your-soul, shout-it-from-the-roof-top, write-a-sonnet love, that I thought only existed in fairytales and Hollywood. After being told I would never have kids, I had two. Two crazy, full-of-energy, wily, smart, and handsome little boys. I went to college, graduated with an Associate’s before deciding to go back for a Bachelor’s. I even bought a house and started a career. I have lived and continue to live well. The hard times are surrounded by the good times, and I know I owe my success and family to you.

So thank you, truly.

21 thoughts on “Letter to my Surgeon”